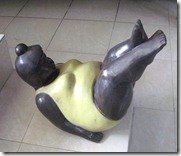 You’ll also find them in the Around Town section of the catalog or go to the category here:

Also, don’t forget you need to login or register to see prices.

Click here for 20’ container rates from Bali to Sydney.

(I’m linking from here because Google keeps not indexing the links from Indonesia Export… I guess I’m in trouble for something search engine related).

We’ve just posted container shipping rates from Bali to Honolulu — here’s the link in case you missed it (like Google has been missing all our links the past couple of weeks):

Weird… everything was going so well and then…

Usually, after posting, it takes google (and the also rans) minutes… minutes, I tell you, to index the post. This time, nothing. 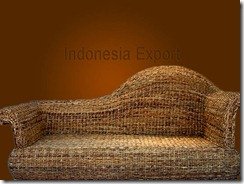 The common refrain of “things were better under Suharto” has been given credence in a new survey that shows the former strongman’s rule is widely preferred to the current civilian administration of President Susilo Bambang Yudhoyono.

The results of the poll, released on Sunday by Indo Barometer, showed that 40.9 percent of the 1,200 people surveyed believed that conditions were better under Suharto’s New Order regime, while only 22.8 percent believed otherwise.

Read on at the Jakarta Globe

In related news, Stan from SouthPark chooses Turd over Douche.
I loved everything about that comment on the JakartaGlobe page… had to copy it over here just in case someone takes it down.
subrotto
12:18pm May 18, 2011

“If I have to choose between a douche and a turd, I just don’t see the point.” Stan, South Park

…assuming you’ve spent any time in Indonesia, you’ll already know we’re a little behind on our attitude to healthcare in general and smoking in particular.

This morning’s article in the Bali Post, however, has me thinking we’re racing at full speed backwards.

Smoking as a cancer cure? Exactly what is it you’re smoking?

Take a look and tell me what you think.

PS. Did you see what I did with assuming there? I crack myself up. Butt you already knew that.

Just saw the movie Limitless — smart, slick and funny in a you’re not going to laugh out loud way.

Shocking news: sexy dancers in Sanur… who’d a thunk it?

I read the Bali Times every morning and, if you’re interested in Bali, I respectfully suggest you do the same.

From the Guardian this morning (around 2.00AM because I can’t sleep):

Unhappy meals: American doctors’ TV ad features a corpse holding a hamburger and the line ‘I was lovin’ it’. McDonald’s, which has thrived in the recession, isn’t laughing

I’ve had maybe two McDs meals in the past three years (and regretted each one) – not necessarily a ‘hater’ of the company but it’s kind of embarrassing for the species that we allowed the company to make so much money from selling rubbish wrapped up in greaseproof paper. We suck, we really do.