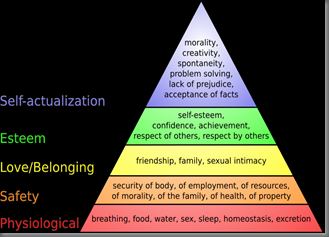 I read a few interesting news articles today… I’m not sure if there was just more ‘news’ or if I’m in just a more interested frame of mind.

Probably — no, definitely not important.

The most thought-provoking story was about the international summit on food and the plan to eliminate hunger (Reuters via Yahoo News, article by Stephen Brown and Robin Pomeroy — click here to read at Yahoo).

A U.N. global food crisis summit will draw up an emergency plan on Wednesday to mobilize aid, reduce trade barriers and invest in farming in poor countries to stop the spread of hunger threatening nearly one billion people.

“We commit to eliminating hunger and to securing food for all, today and tomorrow,” read a draft declaration from the three-day Rome summit, whose opening session on Tuesday was attended by leaders of about 44 nations.

44 nations — represents about a fifth of all nations (or a quarter if you only count the 192 UN member nations).

The Food and Agriculture Organisation of the United Nations (FAO) now estimate that there are 862 million hungry people around the world.

I am not smart about the issue of world hunger or about the FAO or any of the other organisations that complement or compete with them in addressing the issue of starvation around the world.

Anyone who’s well versed in the topic will, no doubt, be able to reel off dozens or thousands of carefully researched and thought out arguments and statistics and so on.

I can only summarise what I’ve read just in the past few minutes and go with my instincts:

I am not in a position to check or confirm any of those figures… not in any meaningful way but I can reduce all the data flying around to a few basic points that are meaningful to me:

I don’t have an answer, a plan for addressing the issue.

Or maybe there are too many plans and, like competing formats for High Definition, too much competition and fist shaking for one system to be given the opportunity it needs to run properly and be effective.

I think there’s enough money… my guess is that Exxon Mobil could probably handle the whole thing themselves.

I don’t expect that to happen but you get the idea.

All of that said, if I lived now in either the US or the UK and if there were any hungry people in the US or the UK, I’d prefer they were taken care of before anyone else.

And, if there were no hungry people in the US and the UK, I’d prefer that America and Britain checked to make sure everyone had shelter. Meaning, as a nation, I would prioritise food and shelter of my compatriots before looking to address issues abroad.

In fact, I’d probably lay out the priorities as follows, if everyone in the US (as an example) is provided for in terms of:

When all those standards have been proven to have been met (proven to the people of your own country), then I believe it might be appropriate for a government or a population to start cherry picking new ideas of how to help the species.

France is probably there already (I’m guessing). So they can do what they want. The US is a little behind and might want to take care of its own stuff before taking on any new elephants — talking about government initiatives.

Don’t get me wrong, the US is great and I’m not trying to pull anyone’s chain but from what I’ve seen, it’s ranked twelfth in the world in terms of Human Development:

France is in tenth and I guess only the top ten countries are in a position to help anyone else.
By the way, if anyone was surprised at the list, drop me a comment… I was gobsmacked that the US and the UK are so far down. Ireland being in 5th place is a little funny also but… what is it they say? Lies, damn lies… and statistics.
I definitely believe a country or a government or a people should look to helping their own before helping anyone else. Of course, an Irish, Jewish, Catholic, African or Chinese American may elect to provide aid to their ethnic/racial/religious community (without regard to nation) but that’s more a question of how we define ourselves and relate.

I would certainly de-prioritise the environment; I believe it’s spiritually bankrupt to put trees before people.

I don’t think war works… meaning, I don’t believe it’s a meaningful use of resources, energy and money. As a citizen, I believe it’s that not only is it better to fix at home before fixing overseas, either one is better than breaking stuff overseas.

My speed test result from Speedy net (by Telkomsel). This is my…

… I’m having one of those clumsy, unlucky mornings when relatively simple,…